Coffee culture refers to the adoption and consumption of coffee as a social lubricant in a given society or culture (Brosh, 2002). For instance, the adoption and the consumption patterns of Starbuck coffee by loyal Starbuck customers indicates a typical coffee culture in which customers are used to Starbucks coffee as part of their culture. Formation of culture around coffee started in Western Europe in 14th century. Until now, coffeehouses such as Starbucks are social hubs where loyal coffee users meet and drink coffee as they share their intelligence and artistic works as a social way of life.

There are two ways to make coffee. Coffee can either be instant or brewed. To make instant coffee, water is first boiled in a bottle or a pot. Once the water is hot, a teaspoon of instant coffee is put on a glass. Then teaspoon of very hot water is poured into the glass with instant coffee.  The mixture is then stirred and sugar is added before hot water is poured to the fill the glass. Finally, cream of milk or milk powder is added if desired. Making brewed coffee starts with grinding coffee beans. The grinded coffee beans are then mixed with six ounces of water and brewed under 195-205 degrees Fahrenheit of temperatures for 2-4 minutes (National Coffee Association, 2013).  The coffee should then be served immediately.

Starbucks and Costa Coffee are the two largest coffeehouse chains in the world. Founded in 1971 by the Italian brothers Sergio and Bruno Costa, Costa Coffee operates 1175 outlets in United Kingdom and 442 stores internationally. The company has a global and local responsibility towards the community, its people, suppliers and customers. The central point in the company’s responsibility is the production of a wide range of coffee flavours using its unique coffee culture. Costa Coffee uses great skill and quite a lot of time to create. It utilizes the best beans, equipment and techniques to prepare gradable coffee (Costa Coffee, 2013). Some of the coffee brands that make up Costa’s coffee culture include: Espresso, Espresso Doppio, Ristretto, Macchiato, Americano, Flat White, and Cappuccino.

As a way of showing responsibility to global and local stakeholders, including the community, Costa Coffee employees use great skill, personality and passion for coffee to make a perfect cup for customers using appropriate ingredients. This is evidenced even by the company’s mission – to save the world from mediocre coffee (Costa Coffee, 2013). The company produces quality and green/environment-friendly coffee, responsible coffee. The company’s responsible coffee is intended to create a lasting impression on the communities served by Costa, and the global communities as well. The company also recognized in 2006 that coffee farmers are important part of the society, so they started a Costa foundation in order to give something back to the communities from which the company sources its coffee beans. Therefore, the company gave thousands of children the opportunity to access education through Costa foundation. The company also provides support to coffee farmers in order to enhance improved and sustainable futures for them.

Starbucks is the leading coffeehouse in the world, headquartered in Seattle, Washington (Youngme & Quelch, 2003). Primarily, Starbucks is famous for sale of coffee, but it has also expanded to other hot and cold beverages. The company offers healthy and quality sugar-free coffee with low calorie content. The Starbucks coffee also utilizes skim milk to prepare its coffee and sweetens it with natural sweeteners. This shows that the company has a responsible business of making good coffee for the community it serves.

Starbucks responsibility towards the local and global communities can also be seen through its ethical sourcing. The company has recognized that its success is owed to the farmers and suppliers who grow and produce products for the company (Starbucks, 2012). The company purchases its products ethically and ensures that the products it purchases are responsibly produced, and that they are of high quality. Starbucks is also committed to serving high-quality coffee that is grown responsibly and traded ethically (Pendergrast, 2001). Ethical sourcing is accomplished through farmer support centers, forest conservation, ethical purchasing practices, and loan programs. Starbucks also uses Coffee and Farmer Equity (CAFE) practices to produce high-quality coffee and promote socio-economic and environmental sustainability. CAFE practices were adopted in collaboration with Conservation International (CI) and have led to good results for workers and coffee farmers. The company also purchases third-party certified and verified coffee in order to meet customers’ expectations and protect the environment as well as the livelihood of coffee farmers.

Basically, the success of the Starbucks and Costa Coffee is rooted to their coffee cultures which have encouraged customer loyalty (Pendergrast, 2001). Furthermore, the success of the two companies is associated with their responsible coffee production that has led to the production of quality coffee that has generated great demand. Another reason for the success of the two companies in the modern society is that they have a good management approach which focuses on consumer needs rather than company’s interests. Serving customers and communities to their satisfaction has enhanced great support and customer loyalty, hence creating success for the companies.

Due to the above pillars of success, Starbucks and Costa Coffee have reaped great success in the modern society. First, the two of them are the leading coffeehouse chains in the world, Starbucks coming first and Costa Coffee second. Secondly, the two companies have expanded worldwide and established their businesses in more countries than any other coffeehouse. There financial performances are also exceptional, with great revenue, profits, and a lot of assets of high value.

Starbucks has grown significantly and occupies 20,891 locations in 62 countries. Although the company started as a coffee-selling business, it has successfully expanded its business to include tea and other beverages, pastries, smoothies, etc (Gilbert, 2008). However, great success in the company resulted from the sale of coffee products. The success of the company can also be seen through the financial strength of the company. Its revenue was recorded as $13.29 billion in 2012 while the operating income was $1.50 billion in the same year. Furthermore, net income was $1.38 billion. This shows that the company enjoys a successful financial performance that drives its mission and operational excellence. Being the leading coffeehouse chain in the world, Starbucks demonstrates great success in modern society where competition for retailers is becoming intensive as more and more coffee firms enter the market.

Another success of Starbucks in the modern society is the impact it has created in each member of the society it serves through its local and global responsibility (Starbucks, 2013). Although the company is a global company, it offers local interaction mechanisms for each Starbuck customer. Starbucks has attracted a lot of customers, and every Starbuck coffeehouse has become a gathering place where people connect and enjoy the sweetness of Starbucks coffee. The company has influenced many communities in the modern society through enhancement of coffee culture. It’s commitment to corporate citizenship and focus on reduction of climate change has brought positive impact on communities and the environment.

Coffee has both negative and positive impact on human health. Hensrud (2010) suggests that the benefits of coffee outweigh its risks. One of the negative health risks of coffee is that it may exacerbate heart disease. This is common mainly in people with specific genetic mutation which causes the slowdown of caffeine breakdown process in the body. Coffee intake may also cause visual impairment. This occurs because coffee defends against blepharospasm which is an eye spasm that makes the eye to blink uncontrollably. One to two cups of coffee per day may result in this effect, and may even make the patients to become functionally blind.

There are also other side effects caused by coffee. Coffee contains caffeine, which is a stimulant that synthesizes alkaloid. It may increase heartbeats and cause heart attack; hence coffee can even kill. Taking over 400 milligrams of caffeine can lead to caffeine intoxication. It may cause rapid and intense reaction in the body just like any other stimulant drugs; hence causing restlessness, insomnia, nervousness, face flushing, excitement, increased urination, intestinal disturbance, irregular heartbeat, irritability and irregular flow of speech and thoughts (Jacobi, 2012). The amount of coffee that can cause death varies depending on a person’s weight, the type of coffee, cup size, and coffee variety. Caffeine also causes sleep disturbances.

There are also positive impacts of coffee on human body. First, it protects people from the attack of Parkinson’s disease, liver cancer, and type-2 diabetes. Coffee also contains antioxidants which help in keeping the body healthy (Ukers, 2012). Some researchers also show that coffee makes people to be alert and increase their performance. Coffee also prevents the reduction of cognition in old women. Women with more than 65 years who take three to five cups of coffee per day tend to score more on memory tests than those who don’t take coffee or equivalent caffeine content. Coffee drinkers are less affected by memory impairment at old age. Depression can also be eased by coffee intake because coffee increases dopamine, a happy-feeling hormone in the brain.

In conclusion, it is correct to say that coffee and coffee culture has impacted on lives and communities across the word. Starbucks and Costa Coffee, the two leading coffeehouses in the world benefited significantly from the production and sell of coffee. They have managed to develop a coffee culture throughout the world using their global and local coffee responsibility programs. Starbucks uses CAFE practices to produce responsible and quality coffee, while Costa coffee uses Costa foundation to support coffee farmers who in turn produce quality coffee beans for the company. As a result, the company produces great results in terms of profitability and responsibility towards the community and the environment. Coffee has also been identified as a stimulant drug with various positive and negative impacts on health.

Pendergrast, M. (2001). Uncommon Grounds: The History of Coffee and How It Transformed Our World. London: Texere.

Ukers, W. H. (2012). All about Coffee: A History of Coffee from the Classic Tribute to the World’s Most Beloved Beverage. Cincinnati: F+W Media. 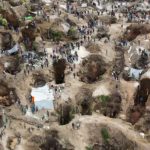 Ethical dimensions of sustainable development and their relevance to Organisations: A case study of Coltan Mining Industry 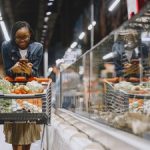 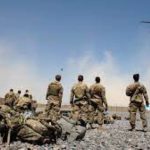 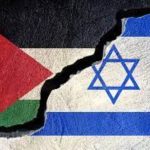 The significance of globalization in international security studies: case study of the Israeli-Palestinian conflict (1988-2002) 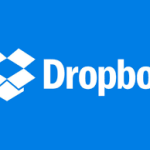 The Concept of Security Dilemma: A Case Study of Sino-Indian Conflict

Ethical dimensions of sustainable development and their relevance to Organisations: A case study of Coltan Mining Industry

The significance of globalization in international security studies: case study of the Israeli-Palestinian conflict (1988-2002)

The Concept of Security Dilemma: A Case Study of Sino-Indian Conflict